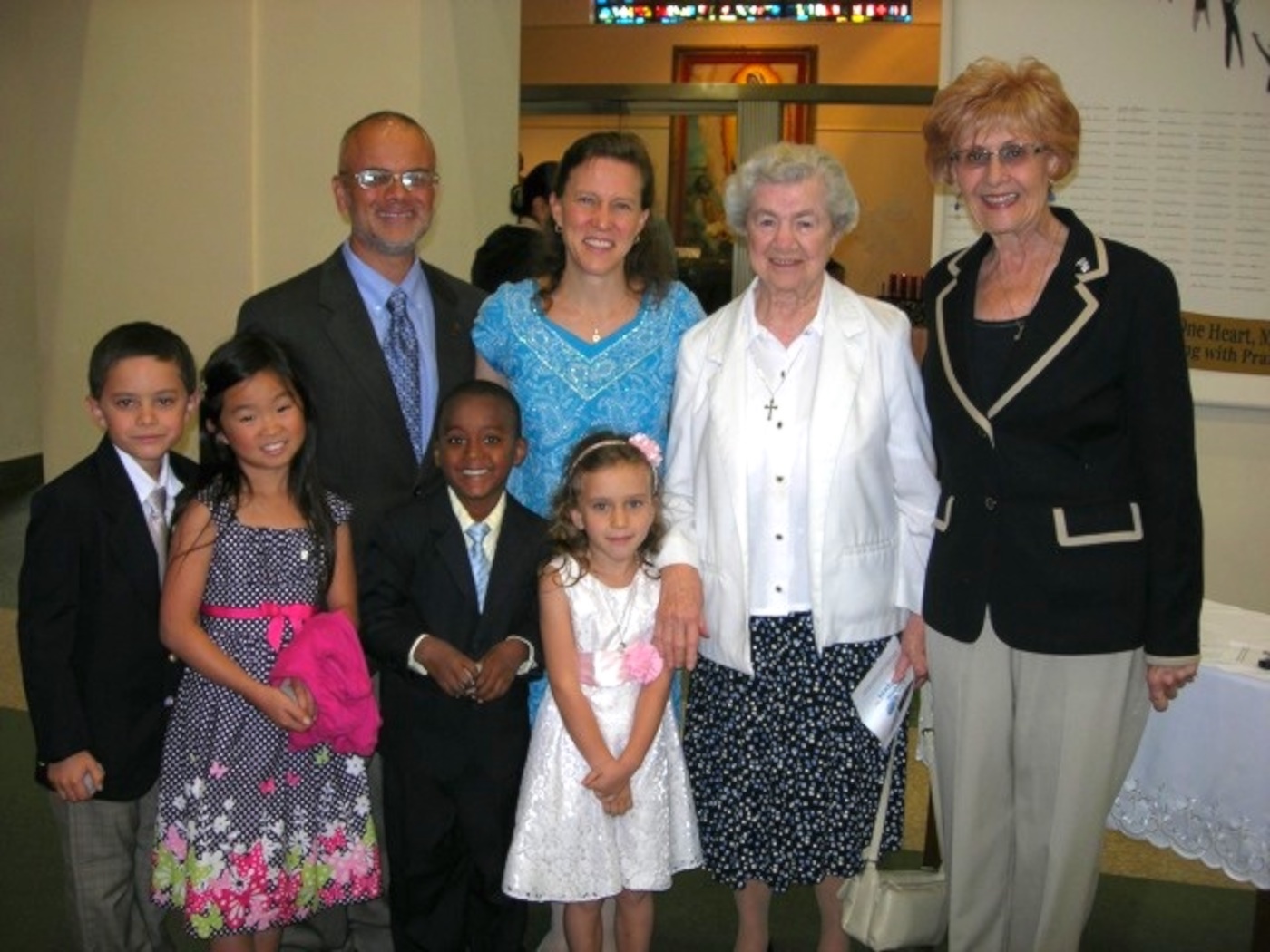 Los Angeles, CA. When I looked over Jennifer Thoene’s yearbook page for the Marymount High School, Los Angeles grads of 1986, I was really impressed! She was a member of the Science Association, and Model United Nations; editor of Blueprint, the school newspaper; yearbook manager; winner of the Christian Service Award AND judged by her peers “the most likely to make the best mother.”

This research, of course, was after the fact. I met Jen and her husband Brent and their four children this past May before giving the commissioning retreat to three other couples and their nine children. The lively group had just completed their four months of formation for the Mission Doctors and Lay Mission Helpers here in Los Angeles. These two unique mission organizations were founded in the ‘50‘s by Msgr. Anthony Brouwers whose vision for empowering the laity in the missions predated Vatican II’s important documents: “Gaudium et Spes” and “Ad Gentes.”

When Jen, Brent and family came by to say hello to the others, they mentioned to me that they had just returned from three years of service in Guatemala and were going to be re-commissioned with the other couples and in August were being sent to Cameroon to serve as physicians at St. Martin de Porres Hospital in the Archdiocese of Bamenda.

During dinner, I asked Jan where she had gone to high school and when she responded “Marymount High School,” I said, “Me, too!” She then told me that she had decided when she was in the Junior School to become a doctor to serve the poor in mission countries. She also told me that Sr. Laurence Monahan, RSHM,  was her favorite teacher and Pat Yahnke her favorite principal. I decided right then that I would call the two of them and bring them as a surprise to the Commissioning Ceremony on May 26th.

At the Commissioning Mass, Jen was greatly surprised to see Sr. Laurence and Pat in attendance. And to my surprise, the Gospel proclaimed, “NOW is the acceptable time; today is the day of salvation.”