The Institute of the Religious of the Sacred Heart of Mary was founded on February 24, 1849, when a group of women gathered together to form a community dedicated to the works of Father Jean Gailhac, a priest in Béziers, France.  Appollonie Cure, Eulalie Vidal, Rosalie Gibbal, Cécile Cambon, Rose Jeantet and Marie Roques were joined a few weeks later by Marie Maymard. They took over the direction of the works of the Good Shepherd which included a shelter for women and an orphanage. The Institute grew rapidly and by the time the original group made their first profession in May of 1851 their number had grown to ten.

Each member of this group brought her own talents and capabilities; each one assumed responsibility for some aspect of their common mission. Led by Mother St. Jean, first superior, they sought to be followers of Jesus who came that “all may have life” (Jn 10:10) and to grow in knowledge and love of God.

The desire of the community to make God known and loved led them to focus their eyes on other shores. An initial attempt to establish a community in Callan, County Kilkenny, Ireland, failed because of a dispute between the parish priest and his bishop. The sisters were undaunted, however, and soon made their first foundation outside of France in Lisburn, near Belfast, in Northern Ireland. That foundation in 1870 was followed by a decade of expansion, not only in Europe but in the United States as well.

In the United States, the Religious of the Sacred Heart of Mary began their work in Sag Harbor, New York. They quickly expanded their work into parochial and private schools primarily in the eastern United States. Marymount College in Tarrytown, New York was founded December 8, 1907. In 1923, a group of sisters were sent to California at the request of Bishop John J. Cantwell, founding Marymount School in Los Angeles. Here also the work of the RSHM quickly spread to both parochial and secondary levels and, in 1947, Marymount College, Los Angeles, received its charter from the state of California.

As they responded to the needs of their times and reflected on the gospel and the origins of their Institute, the Religious of the Sacred Heart of Mary began to diversify their work beyond schools into other social, pastoral, and educational ministries. Their lives continue to be rooted in the gospel, in faith and zeal for Christ’s work in this world, and in a strong desire to make God known and loved. 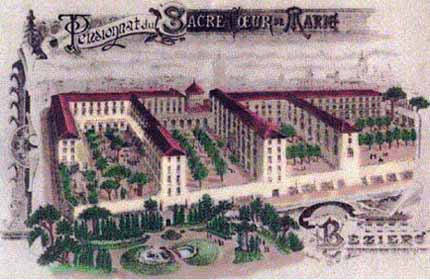 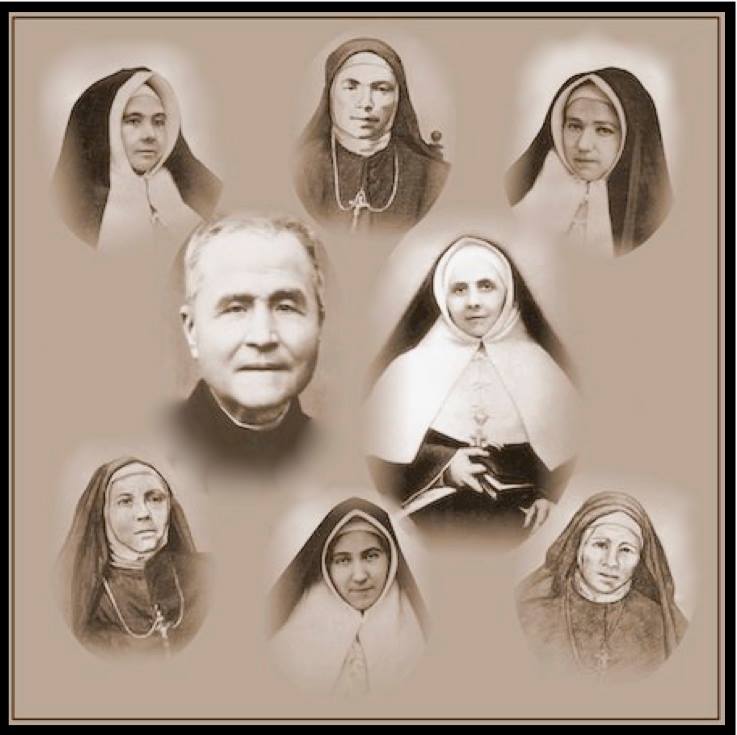 Soon after the newly formed group had taken charge of the Refuge, Father Gailhac gave each sister her name in religion and signed her particular duties. Appollonie Cure (Saint Jean Evangéliste) was named superior general and took over the administration as well as the general responsibility for the material and spiritual government of the Institute. Eulalie Vidal (Saint Croix) was her assistant, while Rosalie Gimbal (Saint Stanislas) was to be novice mistress. The names Saint Modeste, Saint Aphrodise and Sainte Agnés respectively were given to Rose Jeantet, Cécile Cambon and Marie Roques, all three lay sisters.

“How happy I am that the God of mercy put in my soul the vocation I have undertaken with so much courage: to be associated with such a holy priest who lives and breathes only for his children. I will work with all my strength and will support you [Father Gailhac] to the best of my ability in this beautiful work.” (Mother St. Jean Pelissier Cure, 1849)
Born February 2, 1809, into a well-established family of Murviel-les-Béziers in the south of France, Appollonie Pelissier grew up in a deeply Christian home. At twenty, she married Eugene Cure. Together they generously supported the many works of charity initiated by Eugene’s lifelong friend, Jean Gailhac. Eugene Cure died suddenly in November 1848. Soon after, Appollonie offered herself and her considerable wealth towards the founding of the religious community already envisioned by Father Gailhac for the direction and service of the women’s shelter and orphanage of the Good Shepherd which he had begun. On February 24, 1849, Appollonie moved to the Good Shepherd where she and five companions became the first members of the Religious of the Sacred Heart of Mary.

As co-foundress and first superior, Appollonie, now known as Mother St. Jean, worked closely with Father Gailhac and governed the Institute until her death. During her time as superior, the shelter for women was transformed into a preservation for young girls at risk, and a boarding school for girls was begun. As the young Institute took on a variety of works, Mother St. Jean emphasized the need to strengthen unity in the midst of this diversity. During her lifetime the Institute grew to seventy two religious: sixty French and twelve Irish. An important moment for the new Institute was the granting of legal status in 1856 by decree of the Emperor Napoleon. Mother St. Jean Pelissier Cure died on March 4, 1869.